Do birds eat chillies? Do they feel the chilli heat?

We had a few white browed bulbuls visit us recently.

One of them seemed to have a peculiar interest in the chillies that grew in one of our pots (I believe these are bird's eye chillies [no pun intended]. They are really hot). I wasn't able to see if it was actually eating up the chillies, but for sure it was tearing them down from the plant. Do birds eat chillies? Do they feel the same heat as we do? (obviously there's no direct way of knowing, but any scientific study done on this?) 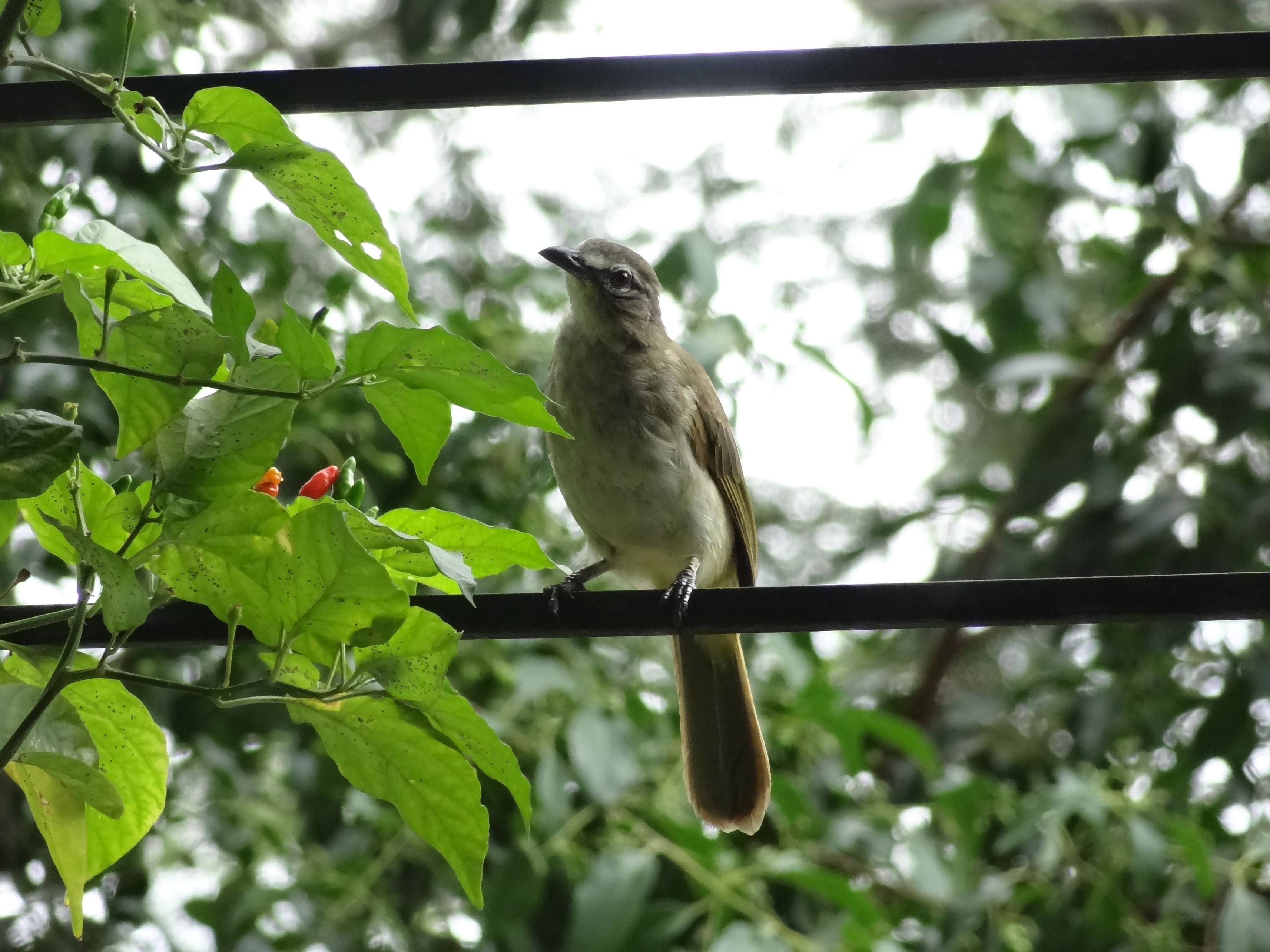 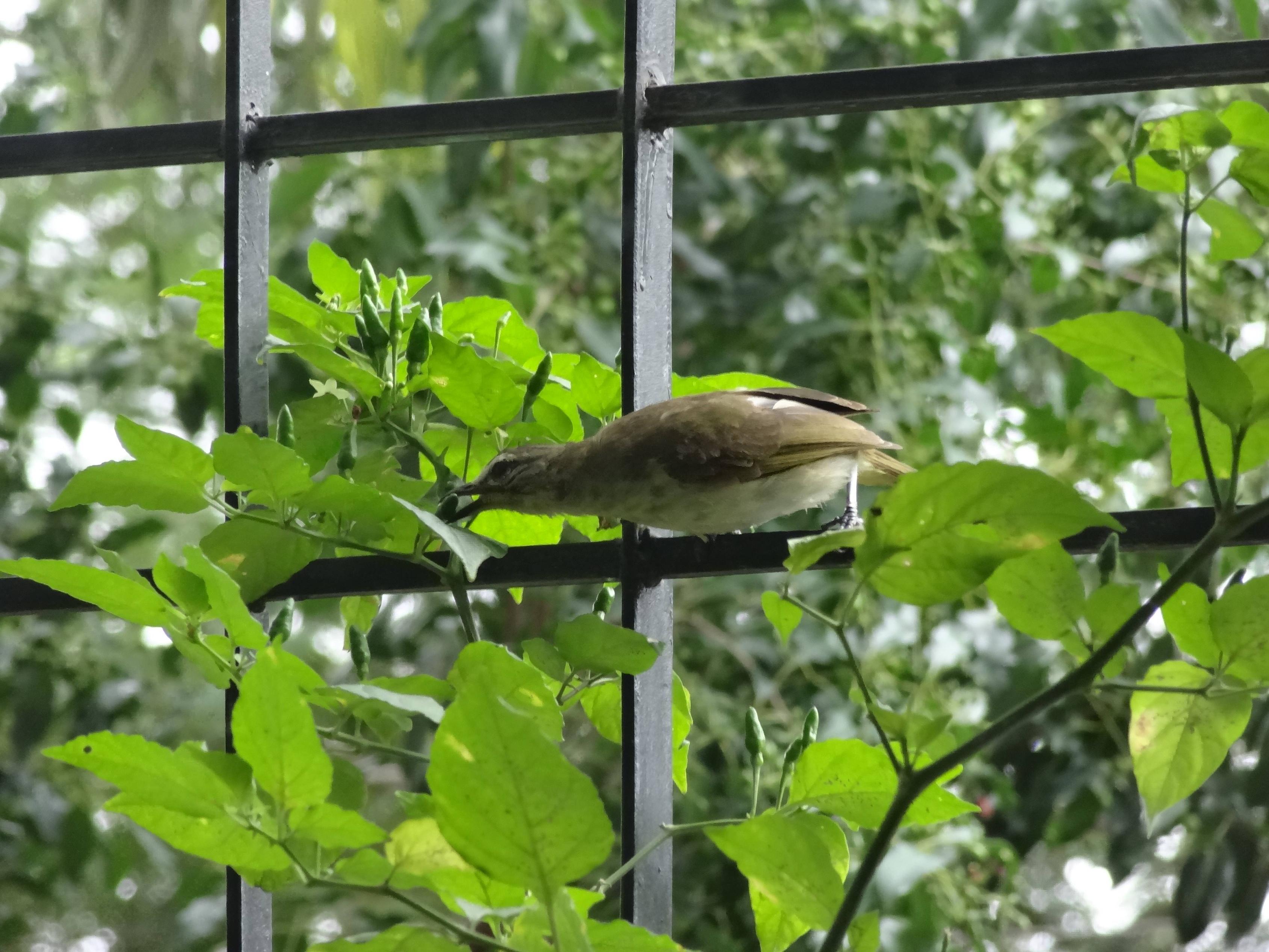 Ricketyship‭
281 reputation 30 52 35 0
Permalink History
Why does this post require moderator attention?
You might want to add some details to your flag.
Why should this post be closed?

Parrot food ( some brands) contains dried hot peppers. And I give the cores from hot peppers to the parrots ; they love the seeds. Peppers do not seem to burn their lips.

blacksmith37‭
31 reputation 0 11 3 0
Permalink History
Why does this post require moderator attention?
You might want to add some details to your flag.

TLDR: Yes they eat them, No they don't feel the heat.

The tiny Bird’s Eye Chili originated in Cambodia, Vietnam, Thailand, The Philippines, and surrounding countries, but they can now be found all over the world. They are presumably called Bird’s Eye Chili because of their small round shape and because they have been spread by birds, which are not affected by the heat of the peppers.

Chili peppers produce the pungent vanilloid compound capsaicin, which offers protection from predatory mammals. Birds are indifferent to the pain-producing effects of capsaicin and therefore serve as vectors for seed dispersal.

In the present study, we describe the cloning of an avian vanilloid receptor ortholog from chicken sensory neurons. While functioning as a polymodal integrator for noxious stimuli, the avian channel fails to be activated by capsaicin, thereby providing a molecular explanation for insensitivity of birds to “hot” chili peppers.

They have shown that the plants use their natural heat as a chemical weapon to selectively deter hungry predators who are poor at spreading seeds.

Birds, who scatter seeds far afield in their droppings, appear to be immune to the fiery flavour of chilli. But mammals, who are less efficient at spreading the plant's seeds, find the taste unbearable.

To find out whether it was the burning sensation that deterred the mammals, cactus mice, packrats and curve-billed thrashers were captured and, in laboratory tests, offered three types of fruit - wild chillies, a mutant chilli similar in appearance to the wild variety but lacking the capsaicin punch, and hackberries, a cherry-like fruit found in the wild in Arizona.

The rats and mice ate the berries and non pungent chillies, but ignored the wild chillies. In contrast, the birds ate all the fruits and were not put off by the capsaicin.

It looks like its a good thing that birds don't feel the heat, because the birds will eat the peppers and then spread the seeds to other places. Its also cool to note that hotness serves as a deterrent mammals who presumably are not as good at spreading the seeds.

Charlie Brumbaugh‭ ☖
3886 reputation 382 566 516 43
Permalink History
Why does this post require moderator attention?
You might want to add some details to your flag.